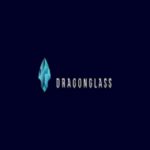 Dragonglass(DGS) is the world’s first gamified crypto-mining experience. Mining Dragonglass (DGS) cryptocurrency is as easy and fun as playing a mobile game. It provides user-friendly and affordable cryptocurrency mining solution to everyone.

Mining is done by Dragonglass in their farm and DGS acts as in-game token and is a form of reward only.