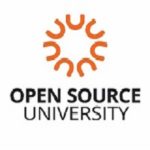 OPEN SOURCE UNIVERSITY(EDU) is a Learning and development marketplace on the blockchain. Tokenized market between Businesses, Academia and Learners equipped with sophisticated matching algorithms excluding middleman.

OSUni research project initiated at the Faculty of Management within the Technical University of Sofia, resulting in scientific publications on the subject, published in Bulgaria, Latvia, and the Czech Republic.on

OSUni receives positive reviews and engages in expanding its partnership network under programs for support of young entrepreneurs, led by the Ministry of Economy and the Open Society Institute, as well as through the Sofia Business School.

OSUni announced as 2017 "YouthSpeak'' forum winner in Latvia, based on a scaled-down prototype version, resulting in a 2-month distributed learning program implementation project at a community center in Sao Paulo, Brazil.

OSUni development phase reaches important milestone, given the expansion of the team with professionals from a leading software consultancy and experts, specializing in blockchain-based applications, leading the way to our initial currency offering (ICO).

Interaction between learners, academia and businesses will become more intense after involving enterprises making the micro-environment between businesses, academia and learners more vital and collaborative.